There can't be Smoke and Mirrors without Fire

Hassar has this thing for metaphors.
It's not exactly mixing metaphors, but more like how his default mode of speaking seems to be jumping from one metaphor to another, taking a metaphor literally and swinging to the next.

And sometimes you see him compose frames that mean 'something larger'. In atleast one interview, he referred to the puddle he throws pebbles into in AnbE Sivam as என் நினைவுக் குட்டை...


Sometimes he would just scream in your face for the sake of it. Like here 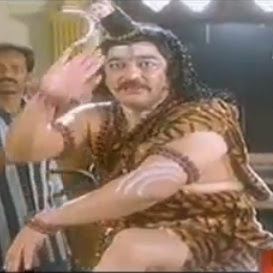 That was just a no-brainer to ensure it gets across by showing how it is to be received. It had nothing more to it, other than perhaps to say I have to scream thus to get it across.

Quite unlike when he did it earlier.... 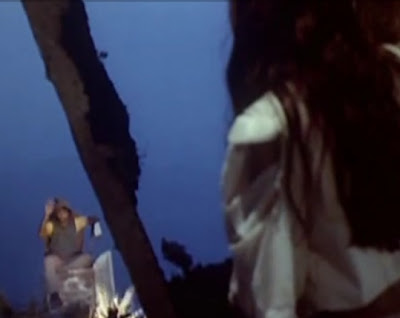 Here too, if one doesn't get the pyre-ish  fire and pose, he has foxes howling in that scene. But makes it look like there is nothing to it.

In his films something is there because he puts it there.

Now to the next point: in his films something is there because he puts it there. 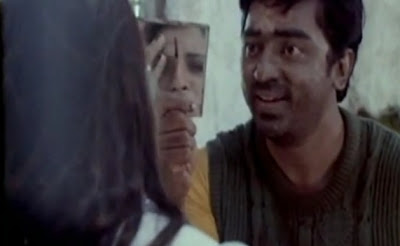 While this may just be nothing more than a lovely way of showing the object and reaction. At this moment we seem to see her for what she is 'the truth' in the mirror and what Guna - with his wide eyed admiration sees - is something grander. And what prevails?

And now, how about this: 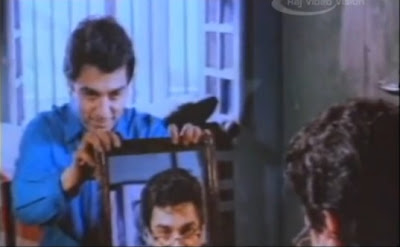 This of course is principally about jaw-dropping cleverness of craft. But isn't it also very much about the indistinguishable similarity between the original and the other, the puppet and the puppeteer?

And then this one via @rangasub

Srinivasan tells Aadhi that he shouldn't be looking for traces of honesty in his face, but should only look at his own face in the mirror. And then... 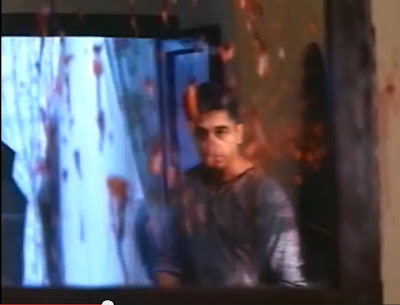 How can one make 'too much' of moments, when they are creations of this man.
Appreciation films Kamal 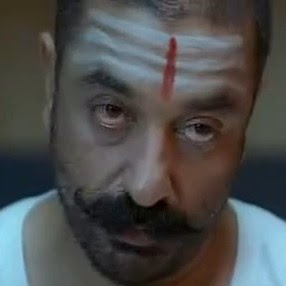 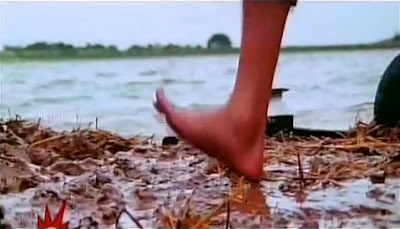